Even though Selenium 4 is still only available as an alpha version, we've already added support for this upcoming release.


This allows you to prepare your tests to be compatible with Selenium's upcoming new version. You'll get access to the latest upcoming features (see below).

Currently, Selenium 4 is in its 6th alpha release. The maintainers of the Selenium open source project are still working out the kinks in this new version, based on feedback by early adopters.


There's no specific release date announced yet, but there's already quite some new functionalities available.


TL;DR - if you want to get started with running Selenium 4 on TestingBot right now, jump to #gettingstarted.


New functionalities in Selenium 4 will include:

Selenium WebDriver has long been using the JSON Wire Protocol. There was no official W3C spec for this, so slight variations were possible in this protocol.


With Selenium 4, browser vendors will be able to implement the strict W3C (World Wide Web Consortium) WebDriver protocol, which results in a more uniform implementation.


The creation of this new W3C WebDriver protocol started over 5 years ago and has more recently been approved as a standard.


The most important changes are how you create a new session, and the Actions API.


With the W3C WebDriver protocol, tests will need to converted from using desiredCapabilities to capabilities.


Before, you could specify the desired capabilities of your test like this:


You can use a tb:options map of custom options to customise your tests on the TestingBot platform.


With the Actions API, you can perform multiple actions during your test simultaneously. For example: you can create a test that clicks on multiple elements while holding the control key.


Actions allow you to chain keyboard and mouse events together, and create more complex interactions with the object under test.


Below is an example of an action:

Selenium 4 comes with a new locators to find elements on a page. These new locators are called the Relative Locators, previously called Friendly Locators (this idea is inspired by the Sahi automation tool).


This new locator allows you to find an element, relative to another element on the page.


There are 5 different locator parameters that you can use:


These new locators allow for more flexibility in writing your tests, it improves readability and stability.
Please see this simple example on how to use these new locators:


New exceptions have been added, to provide the user with better information on what is going wrong (ElementClickInterceptedError, NoSuchCookieError and others).

CDP is the protocol used by Chrome to power its Chrome Developer Tools debugger. This protocol is used by (headless) automation tools such as Puppeteer and Playwright. It is not the most user friendly API, but it is very powerful and performant. It allows for network stubbing, mocking geolocations, taking full page screenshots and more.


With this new support built in, you can write tests that integrate even more tightly into the Chromium browser (Chrome and Microsoft Edge).


To get started, please see this code example:

You can find more CDP commands you can use on this page.

During a test, you can now easily go to full-screen mode and back.
Handling windows is also improved, offering better control to open/close new windows and tabs.

Your tests can now control multiple windows during the same test, for example:

You can have a handle to the new window, while still being able to control the main window as well.

It is now possible to take screenshots of individual UI elements. Before Selenium 4, the only option testers had was taking a screenshot of the viewport and then programmatically cropping the screenshot with specific coordinates. Now, you can take screenshots of specific WebElements; buttons, links and other DOM elements. This is great news for testers looking to do visual testing.


Please see the example below on how to do this:

The Selenium Grid code has been redesigned and can now easily be used in combination with Docker/Kubernetes. It is much more scaleable and architected as a distributed system.


Of course with TestingBot, you do not have to worry about setting up and maintaining such a Grid, as we do that for you.

Excited to try out Selenium 4? Please see the example below on how to configure your tests to use Selenium 4 Alpha with TestingBot:

macOS Big Sur Preview 1 We have added Apple's upcoming OS to our list of platforms. Apple announced this next new major macOS release in its la... 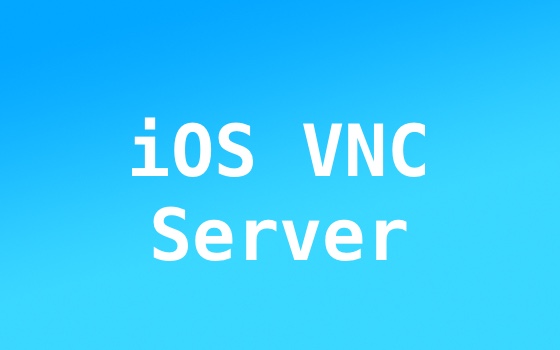 Take control of a physical iOS device via VNC

Today we're excited to open-source a feature that we've been using in production for the last 3 years: an iOS VNC Server. This will allow you to...

TestingBot has improved its Analytics Offering

TestingBot has long been providing Analytics to its users, where metrics are both visualised and available in table format. Recently we've been ...